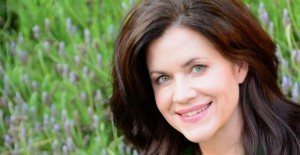 Jennifer Pocurull is the co-owner, visionary, innovator and branding officer over Artisan’s Rejuvenation Med Spa. Her husband Ricardo Pocurull, M.D. is the coowner and medical director of Artisan’s Rejuvenation Med Spa. He completed his undergraduate degree at Georgetown University with a B. S. in Psychology. He completed medical school at the University of South Florida, after which he completed his residency and became board certified in internal medicine at Baylor University in Houston, Texas. In 1995, Jennifer, while partnering with her mom, Judy Doyle in real estate and property management, met Ricardo and fell in love. They ran away to Lemnos, Greece to get married in 1997. And in 1998 they moved to Miami, FL so that Ricardo could do his fellowship in Rheumatology. Jennifer and Ricardo reside in College Station, TX with their two amazing boys, Diego, age 17 and Mario, age 9. Jennifer is a professional artist and Person-Centered® expressive arts facilitator trained under depth psychologist and author Chris Zydel of the Creative Juices, and the late Dr. Natalie Rogers, daughter of the pioneering American psychologist, Dr. Carl Rogers. Dr. and Mrs. Pocurull began operations as Artisan’s Rejuvenation Med Spa in 2015.